So much has been written about parental choice in education that it can sometimes feel like every article is just an iteration of every other. Occasionally, though, someone publishes a that examines the issue from a totally new (and totally unexpected) angle. Case in point: a recent Education Post article on school choice as a human right.

Folks cite all sorts of documents in support of or opposition to broad-spectrum choice in education—the U.S. Constitution, state constitutions, various statutes, regulations, founding documents, etc. The Universal Declaration of Human Rights (UDHR), however, is rarely among them. The United Nations doesn’t exactly wade into many debates over education policy.

Former teacher Joe Nathan argues in his article that choice supporters may be missing an important argument by failing to recognize Article 26 of the UDHR when advocating for expanded educational options. That article reads:

Nathan specifically highlights the third point, which flatly states that parents have a “prior right” to choose what type of education their children receive. That right stands equal among others with which we are all familiar: the right to free association, the right to fair and equitable legal systems, and the right to life, liberty, and security of person.

The declaration stops short of calling for specific policy solutions, but it is rather unequivocal in its call for parental empowerment. Given the breadth of language, it is surprising that Nathan goes on to say that he opposes private school choice programs. He cites two primary reasons for this opposition, one about faith-based education and one about admissions practices in schools receiving “public funds.” Through these points of contention, he seems to imply that choices should be limited to those provided in the public education sector (and even then, he opposes public magnet schools for certain types of children).

In point of fact, scholarship tax credit programs, which are the most widely used form of private school choice, rely solely on private funding rather than state money. But even setting aside that important caveat, I think Nathan misses the mark on this point.

The UDHR does not state that parents have a prior right to choose the type of “public” education their children will receive. It also does not state that parents should be free to choose among only secular options, or that schools with more rigorous admissions processes should be excluded. It says that parents have a prior right to make choices about “education,” period. If we’re talking about a broadly applicable human right, attempting to limit it or oppose certain iterations of it seems both dangerous and contrary to the spirit of the document being cited. After all, “prior rights” can’t be revoked or circumscribed. That’s kind of the point.

The UDHR itself seems to agree, stating specifically in Article 2 that the rights apply to everyone “without distinction of any kind, such as race, colour, sex, language, religion, political or other opinion, national or social origin, property, birth or other status.” It would be very difficult to argue that restricting the types of schools parents have a right to choose would not draw a “distinction of any kind” based on certain beliefs or opinions. Parents ought to have access to the educational options that work best for their children, full stop. Whether those options are provided in the public or private sectors is immaterial.

Setting aside specific policy disagreements, however, Nathan has done the choice debate a service by framing it in a different light. Now if you’ll excuse us, we have human rights to fight for. 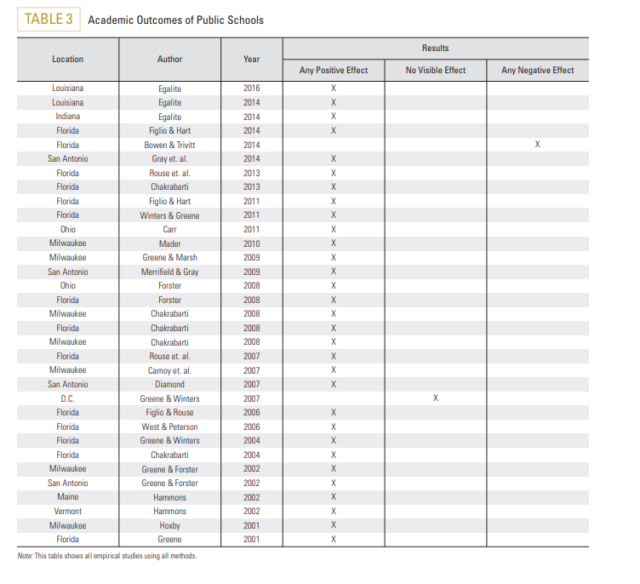